Dylan Pond is an avid traveler. We’re talking “80 countries visited with maybe a few dozen more visited by the time you read this” avid.

He’s such an avid traveler that he was ranked as the second-most-traveled American between the ages of 20 and 29, according to Most Traveled People and NomadMania.

But he’s not one of those travelers that touches down in a country, spends a few hours there, and then heads off to another one once he’s checked that country off his list.

Not Dylan. He’s more of a “live like a local” type.

He wants to feel what it’s like to live in a particular country. He wants that experience—each and every one—to color how he sees the world and the opportunities in it, long after he’s returned home.

And he’s not afraid to take risks, whether by throwing himself into the culture of a country he’s never visited before, or setting foot in a country with an unstable government or economy.

It’s his experiences traveling the world, his understanding of the relationship between the micro and macro—in life, in business, in the practice of law, and his comfort in taking risks that make Dylan an ideal Chief Investment Officer, the position he holds at Pond Lehocky Giordano.

In his role as Chief Investment Officer, a unique position for a law firm of any size and of any type, Dylan works with Pond Lehocky Giordano’s founding partners and executive team to strategize about, vet, and fund investments he believes will be profitable for the firm so that it can reinvest profits back into its operations to continue its mission of helping everyone in the world who has been injured or is disabled.

With Dylan at the helm, the firm’s investments include investments in both traditional assets, such as real estate, and Web 3.0 investments, such as cryptocurrencies, NFTs (non-fungible tokens), and plots of land in the metaverse.

In addition to developing a wealth of relevant life experiences that can be drawn upon to help determine whether an investment opportunity is worth pursuing, Dylan believes a successful Chief Investment Officer must be a good listener, must surround themselves with smarter people than themselves since they can never know all there is to know, and must stay humble because even the best investors will make investments in promising opportunities that don’t pan out.

Dylan graduated from the University of Southern California in 2018, with a B.A. in international relations. He is expected to graduate from Southwestern Law School in May 2022. Upon graduation, Dylan plans on living in the Philadelphia suburbs with his fiancé.

Back to Executive Team 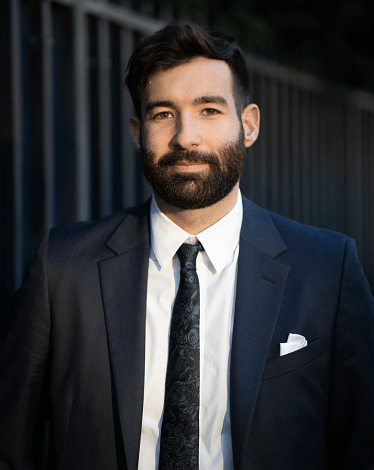